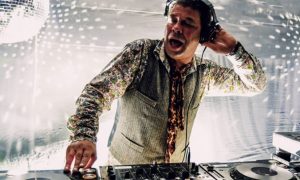 Craig Charles is a very well-known face and voice across the UK. Whether it be his popular Radio 2 radio show, his performance in classic sci-fi comedy Red Dwarf as Dave Lister and Coronation Street as Lloyd Mullaney, or whether being the host of Channel’s 5 “The Gadget Show”. Now, you can see him in his element as he performs at the HMV Empire in Coventry with his favourite Funk and Soul hits.